Housing on Mend, but Full Recovery Is Far Off

Home » Worth Reading » blog » Housing on Mend, but Full Recovery Is Far Off

Home prices during the first half of 2012 posted their strongest gains in six years, the clearest sign that more U.S. housing markets have hit bottom. 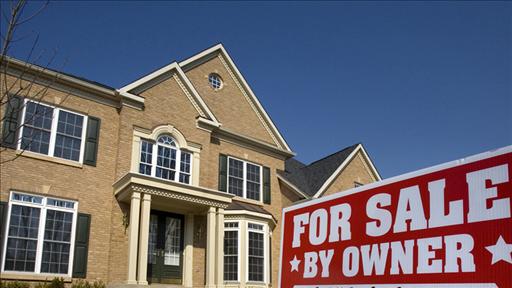 Home prices during the first half of 2012 posted their strongest gains in six years, the clearest sign that more U.S. housing markets have hit bottom. But don’t confuse that with a full-on recovery. WSJ’s Nick Timiraos reports. Photo: Getty Images.

But the housing market remains far from normal. Hitting a bottom shouldn’t be confused with a full-on recovery, which looks a ways off. 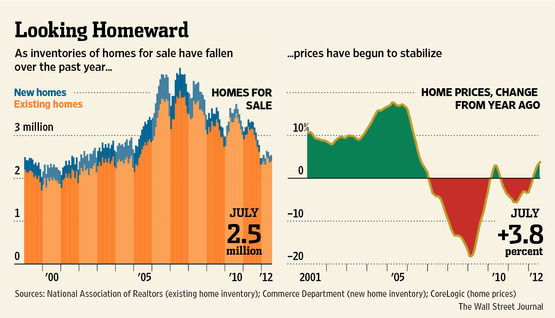 Today’s rising prices have less to do with surging demand—though hard-hit markets in Arizona, California, and Florida have seen significant investor appetite for distressed homes—than with declines in the number of properties for sale.

Inventories of “existing” homes—that is, ones that haven’t just been built—are at eight-year lows. New-home inventories are lower than at any time since the U.S. census began tracking them in 1963. In some cities, there are one-third fewer homes listed for sale than a year ago.

Here’s why prices are rising: There are more buyers chasing fewer homes, and—critically—fewer distressed homes, such as foreclosures. Low inventory is one sign that housing markets may have reached a turning point because many want to buy at the bottom but few want to sell.

There are several factors behind the low inventory. Banks have slowed their pace of foreclosures. Investors have snapped up discounted properties that they can convert into rentals. Home builders, struggling for several years to compete on price with foreclosed properties, have added little in the way of new supply.

For now, price gains are concentrated at the low end of the market, where inventory declines have been most dramatic. “The market is really drying up in these seemingly distressed markets really quickly,” said Michael Sklarz, president of research firm Collateral Analytics. “They really are scratching for properties to sell.”

Low inventory is benefiting home builders, as buyers grow frustrated by bidding wars sparked by a shortage of move-in-ready housing. “People can’t find inventory that they want, so they say, ‘I’m just going to buy the house down the block that’s brand new. I don’t have to go through the whole torture,’ ” Mr. Sklarz said.

Housing’s progress is good news for the economy. Residential investment has now contributed to U.S. economic output for the past five quarters, which hasn’t happened since 2005. In other words, housing is no longer a drag, though it is packing far less of a punch than it normally does at this point in the economic cycle. Rising prices also could help turn around consumers’ fragile psychology, an unpredictable but important factor that can fuel more sales. 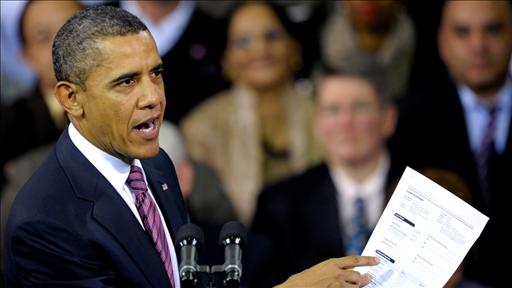 In 2009, Mr. Obama unveiled his housing-rescue plan that aimed to help homeowners modify their loans. Implementing it has been frustrating for the administration, and that may pose a test to the President’s re-election bid. WSJ’s Arian Campo-Flores reports.

But low inventory isn’t necessarily a sign of strength. One problem is that many sellers can’t or won’t become buyers. Millions still owe more than their homes are worth, and even more—about 45% of all homeowners with a mortgage, according to data firm CoreLogic Inc.—have less than 20% in equity. That means they don’t have enough money to make a large down payment and pay their real-estate agent’s commission to buy a comparable house.

Large price declines have left cities without what historically has been the most active segment of the home-buying market: families looking to trade up and retirees seeking to downsize. That leaves many markets relying on investors and first-time buyers, who are most sensitive to rising prices and mortgage rates. Ironically, prices are rising fastest in markets that have the most underwater borrowers because so few homes are for sale.

While low inventories have helped firm up prices, they could also soon lead to year-over-year declines in sales volumes because there aren’t enough homes on the market to sustain the current sales pace.

Consider Phoenix. Home prices through June were up by 17% over the past year, the best increase among the nation’s big cities. But home sales in July fell 8% from a year ago, amid a drop in supply of more than 25%, according to a report from Mike Orr of Arizona State University.

Jon Mirmelli, a local real-estate investor, said, “Buyers aren’t happy with what they see, and they’re staying on the sidelines.”

There are other reasons for caution. Banks are still stingy with credit. Many would-be buyers have too much debt to qualify for a mortgage.

A large overhang of distressed mortgages ultimately could drive more homeowners to sell or push banks to accelerate foreclosures. This “shadow inventory” looks as if it won’t be dumped on the market in a way that would trigger deep price declines, but it would probably keep a lid on any swift gains.

Jobs and wages also aren’t growing fast enough to sustain big rises in home prices. Recent gains may be less indicative of a strong recovery and instead point to how prices in some markets “overcorrected,” bringing in investors who will step back as prices firm up.

Others worry that mortgage rates, which are down by a full percentage point from one year ago, are temporarily boosting sales and that housing demand will slump once rates rise. Compared with a year ago, mortgage rates allow borrowers to take out about 12% more in debt without increasing their monthly payment.

The changing debate over housing underscores the sector’s tentative progress. Earlier this year, the question was whether housing would hit bottom this year or next. Now, it is “about how strong any recovery will be, how long it will last, and whether it will reach every neighborhood in America,” said Glenn Kelman, chief executive of Redfin, a real-estate brokerage.

An important test comes later this year. In each of the past three years, prices rose in the summer but gave up all those gains and more in the winter, when sales traditionally slow. This year could be different because the supply of homes isn’t piling up.

Absent a shock to the economy, housing is on the mend. But it will be a long time before it returns to normal.